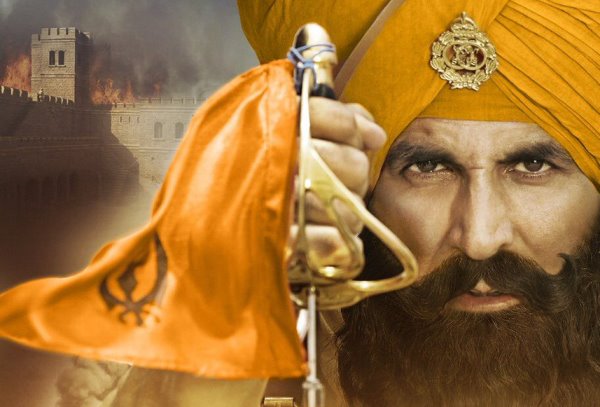 The trailer of Akshay Kumar’s most awaited movie Kesari will be released tomorrow. Let’s have a look at some important details of the movie.

The trailer of Akshay Kumar’s next movie Kesari releases tomorrow. Kesari is one of the most anticipated movies of the year and Akshay Kumar fans are eagerly waiting for it. The movie tells the story of Havildar Ishar Singh who participates in the Battle of Saragarhi (in which an army of 21 Sikhs fought against 10,000 Afghans in 1897).

Kesari is a war-drama film and Akshay Kumar is playing the role of Havildar Ishar Singh, the bravest soldier of the Sikh troop in the British army.

Announcing the release date of the trailer, Akshay tweeted, “A true story about a war fought valiantly by 21 Sikhs vs 10000 invaders #KesariTrailerTomorrow”

For the first time, Akshay and Parineeti Chopra are working together. Parineeti will play Akshay Kumar’s wife in the movie.

A few days back some glimpses of the movie were released in the form of short videos. Since then the excitement for the movie has multiplied.

Initially, Salman Khan was planning to make this movie with Karan Johar but he backed out because Ajay Devgn is also making of a movie on the same story titled ‘Sons of Sardaar’.