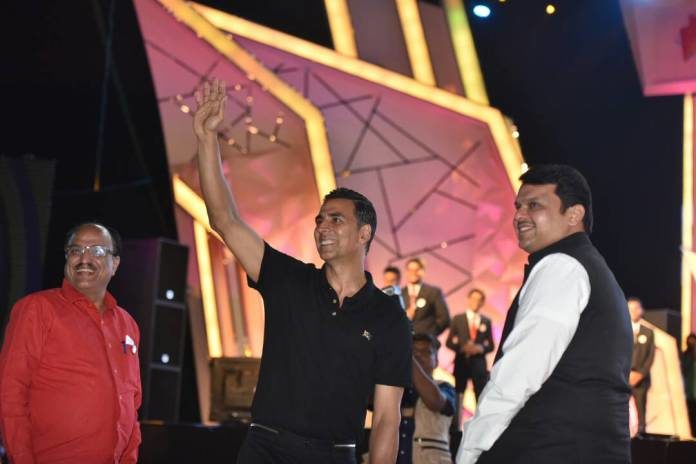 Bollywood superstar Akshay Kumar said that government should set up mobile toilets every five hundred metres or at least one km across Maharashtra.

Akshay Kumar has come out in support on mobile toilets across the country. The actor has requested Maharashtra government to set up mobile toilets every 500 metres.

Speaking at Transform Maharashtra event, Kumar said, “Government should plan mobile toilets every 500 meters or one km across the state. It will support cleanliness. It should be supported with an app to locate it.”

Women in rural areas face a lot of difficulties as there are hardly any public toilets in villages, the actor added. He also cited a dialogue from the film: “Agar Biwi Chahiye Paas, Toh Ghar Me Chahiye Sandaas.”

Akshay was the special guest at Transform Maharashtra event. The event was attended by many politicians and government officials including Chief Minister Devendra Fadnavis. Check out some pics from the event. Akshay Kumar’s upcoming film Toilet-Ek Prem Katha is a satirical comedy on Swachh Bharat Abhiyan. The movie deals with the issue of lack of toilets in the country. Directed by Shree Narayan, the movie also stars Bhumi Pednekar and Anupam Kher. The movie will clash with Shah Rukh Khan’s Rehnuma on 11 Aug 2017.