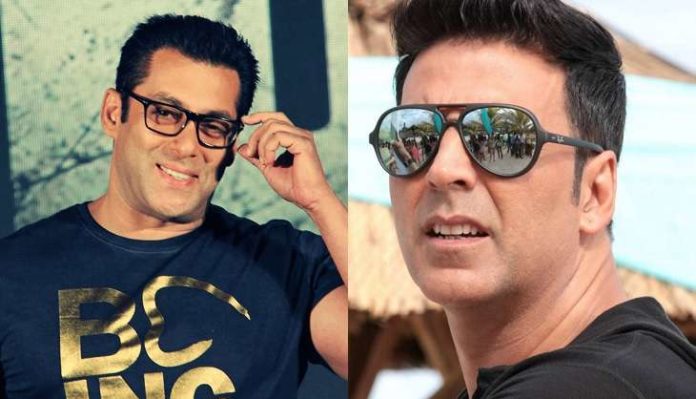 Akshay Kumar to replace Salman Khan as host of ‘Dus Ka Dum’: Salman Khan hosted two seasons which were aired on Sony TV in 2008 and 2009.

This is a  big news for all Akshay Kumar fans out there. If the reports are to be believed then Akshay Kumar may replace Salman Khan as host of a popular TV game show ‘Dus Ka Dum’.

Salman Khan has been dominating the box office for a decade now. He is the undisputed king of Indian box office and his movies have been making huge money. Besides being the superstar of the big screen, Salman also has been powering the Indian TV with blockbuster shows like Bigg Boss and Dus Ka Dum. He has been driving Bigg Boss for almost six years now.

The news was doing the round that Sony TV has decided to come up with the third season of popular TV show Dus Ka Dum. The show will replace ‘The Kapil Sharma Show’ which has been recently struggling for the TRPs. It has been said that Salman will start the show once he completes shooting for his upcoming film Tiger Zinda Hai.

Well, there is a twist in the tail. As per the report in Mid-day, “Complications around Salman’s remuneration and dates forced the channel to consider Akki as host for the new season of the show.”

The channel is also considering Ranveer Singh’s name as the host. he is one of the strongest contenders. So, the power game is on and it would be interesting to see, who would get the chance to say Dus Ka Dum?

Akshay has been the part of famous reality shows like Khatron Ke Khiladi and Masterchef India.