Th first look of 2.0 has proved that Shankar has raised the bar to Hollywood movies or even bigger than that. Akshay Kumar is unrecognizable as evil Dr Richard. Well, one thing is sure that is going to be an epic battle between Chitti and Dr Richard on Diwali 2017. Check all the first look of 2.0 right here.

2.0 is the most expensive film of Indian cinema. As per the numbers revealed by the makers, the budget of the movie is whopping 350 crores. Robot 2 (2.0) is one of the most awaited movies of 2017.

After looking at the first look, we are assured that the Box office records will be at stake when the movie get released next year.

What are your reactions on 2.0 first look? Share your views with us in the comments section. 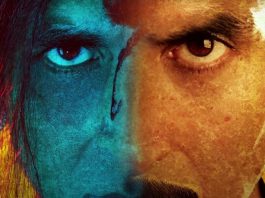