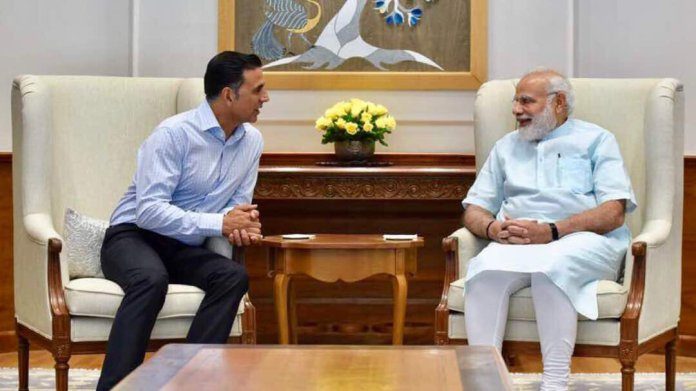 Akshay Kumar is all geared up for his next release Toilet-Ek Prem Katha slated for release on 11 Aug 2017. The actor recently met PM Narendra Modi to discuss and promote the film.

For all those who don’t know, The movie is a satirical comedy film about PM Narendra Modi’s Swachh Bharat Abhiyan, with emphasis on the reduction of open defecation in public areas, especially in the rural areas of India.

Akshay Kumar tweeted a pic and wrote, “Met PM narendramodi and got the opportunity to tell him about my upcoming ‘Toilet-Ek Prem Katha.’ His smile at just the title made my day!”

In response, PM wished him best of luck for the film. PK tweeted, “Happy to have met. My best wishes.”