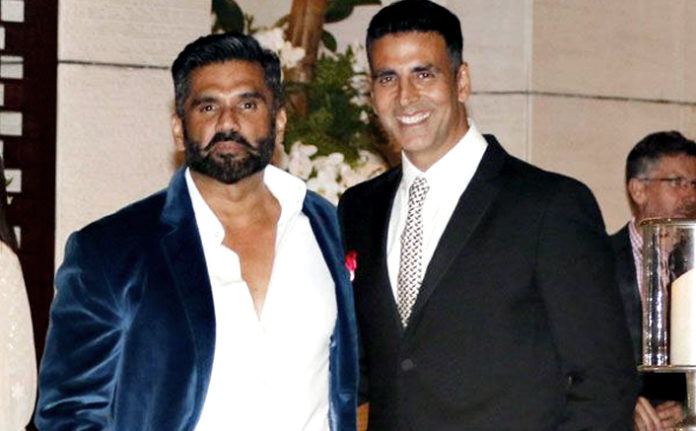 Akshay was named the Best Actor for his performance in the crime thriller Rustom. However, the choice was criticised by a cross-section of people.

When asked about the same, Suniel said, “This is completely wrong. Akshay has given so many hits. Why are you looking at just one film? Look at his career. He has been there for more than 100 films. He deserves the honour. Maybe he has been given this honour looking at his graph and growth in films over the years. There are very few actors who give respect to the uniform when they get into it. Akshay is one of them.”

Suniel has worked with Akshay in many films which include Aan: Men At Work, Dhadkan, Hera Pheri, Waqt Hamara Hai. He further added, “When in the beginning his 13 films didn’t work, many said that Akshay is finished and his career is over. But, now he is giving Rs 100 crore films every time. Akshay needs to forget this and doesn’t need to feel bad about it. If not for Rustom, then think that he has got the award for Airlift.”

At an event recently, Akshay said that if people don’t consider him deserving, they should take it away. The actor will be in Delhi on Wednesday to receive the award.

Suniel is all geared up for his new inning. The actor is making his small screen debut with show India’s Asli Champion… Hai Dum. The show will be aired on &TV from this Saturday.