Ever since the ‘Sacred Games’ was released last year, it was declared as one of the most thrilling shows to ever release in India. People are now anxiously waiting for the next season of the series to release. The trailer of the new season has left everyone biting their nails already.

As the world is waiting for the new mysteries to unfold, the lead actor Saif Ali Khan is very excited for the upcoming season. Saif will be reprising his part of cop Sartaj Singh in season two of Sacred Games, where he will continue his chase for the truth behind gangster Ganesh Gaitonde’s warning to the save the city.

Recently, in an interview, Saif Ali Khan revealed that the second season of the show is more thrilling and interesting than the first season. He revealed:

“It (season two) is so cleverly done. It goes back to the past and future and everything ties up. Season one is quite basic compared to season two. Season two is where we change gears. In season one you know about them, but in season two you are up to it.”

Talking about his character Sartaaj Singh, Saif said that it is the longest character that he has ever played in his career. He defines his character as “wonderfully human but imperfect and flawed”. He said:

“I played this character longer than any other character. I think he is the same guy. He is not going to sort out any issue, in fact, it might just get worse. There is no time for wallowing and pity. He is still very imperfect, flawed character and has got addictive nature to alcohol, drugs and pills. He is very under-confident in many ways. He is wonderfully human but a big mess,”

“There is a lot of drama and action happening. He has a lost a lot of blood, he is not eating much, he is running around a lot and he is not happy. In the book, he is a very lean and well-dressed sardar. But in the show when we introduced him he is unhappy and unfit. Then as we progress at a certain point he looks like what Sartaj Singh is in the book, which is fitter and leaner.”

Last year, when the show was released the show invited some controversy for allegedly insulting former Indian Prime Minister Rajiv Gandhi in one of the scenes. Saif revealed that the team has been cautious this time but he fears that the show might get banned. He said:

I think we are being cautious… Even though my track doesn’t have much sex and bad language. Sadly. It (referring to political stuff) does have a bit but we were quite careful…. But (if) there is an issue during election time Netflix or Amazon might get banned. I hope it never gets banned because a lot of directors and art makers whose cinematic releases are not the most popular ones can find a space that is so clever and lovely,”

“…We don’t want to get banned. We don’t want the show to not run. We are not really interested in controversy. Our content is good. We would like more people to come and watch rather than create some kind of sensation.”

The second season of the show will also have Kalki Koechlin, Pankaj Tripathi, and Ranvir Shorey as new additions in the show. The show, just like last year, is being helmed by two directors. 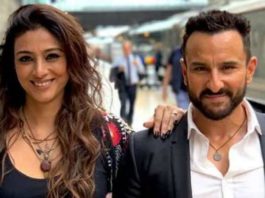 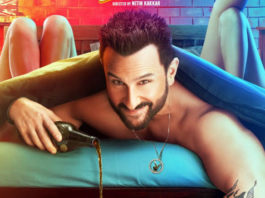