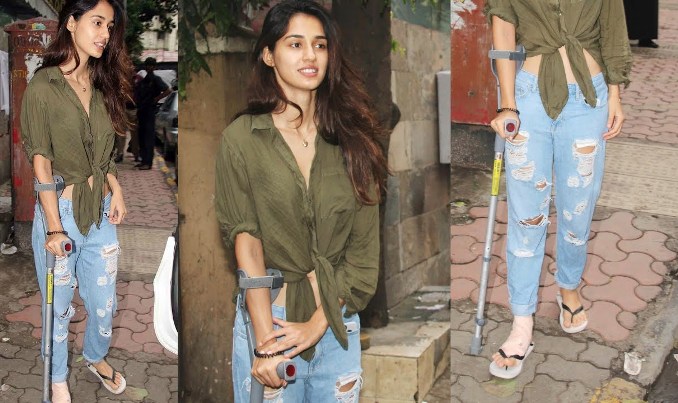 While one may assume actresses have it easy always with people helpers running behind them all the time for every need, there are times when our celebrities get injured on sets. It is a lot of hard-work than one can imagine, which has put our actresses on crutches to bed-rest. The recent example is Kangana Ranaut. While shooting for ‘Manikarnika’, a film based on Rani Laxmi Bai, Kangana got hit by a sword on her forehead. Today, we present a list of the Bollywood actresses who got injured while shooting:

1) Sonam Kapoor: While shooting for the title track of ‘Prem Ratan Dhan Payo’, Sonam was dancing with her heavy embellished lehenga when she lost her balance and fell down. Sonam paused her shoot for few days. Also, the fashionista was struck by the swine flu on the sets, which led her to hospitalisation thereby stalling the shoot of the Salman Khan’s film. 2) Katrina Kaif: The athletic-built actress was shooting a horse-riding scene for ‘Fitoor’ in Kashmir when she lost her balance and fell down from a running horse thereby hurting her back and neck. The actress stalled the shooting and was on complete bed-rest thereafter. Katrina also sustained another injury on the sets of ‘De Dana Dan’ while shooting for the song “Paisa Paisa” along with Akshay Kumar. 3) Alia Bhatt: The cute-bubbly actress of B-town was injured twice during two different movie shoots. First one was a calf-ligament tear while shooting for a song for the movie ‘Humpty Sharma Ki Dulhania’. Soon after, she was put on crutches. The actress attended promotional events with a clutch. The second time was during the shoot of ‘Kapoor & Sons’. On International Yoga Day, the actress injured her arm while performing one of the asanas. 4) Shraddha Kapoor: Shraddha Kapoor had strained her back while shooting for the poster of her dance movie ‘ABCD 2’, in which she is paired opposite childhood buddy Varun Dhawan. The poster required Shraddha to arch her back for the pose, which caused a strain on her back muscle. There were also reports that she had pulled a muscle while rehearsing for the dance sequences in the movie and was advised bed rest for two weeks. Phew! 5) Kangana Ranaut: Shooting for ‘Manikarnika’, a film based on Rani Laxmi Bai, Kangana got hit by a sword on her forehead. Kangana was immediately rushed to Apollo hospital nearby, where she was admitted into the ICU. She got 15 stitches on her forehead and will be under observation in the hospital for a few days. The examining doctor said that it was a close shave for her because the cut was too close to her bone. In an another instance, Kangana apparently injured herself on the sets of ‘Krissh 3’, while showing off some kicks she learnt. She reportedly fell down in the middle of a road in Paris and hurt her back badly.

6) Sonakshi Sinha: For her action movie ‘Akira’, Sonakshi bruised her arm all black and blue while performing some kick-ass actions. 7) Kareena Kapoor Khan: While shooting for ‘Gori Tere Pyaar Mein’, Kareena had to walk on a stretched rope for a particular scene. As she was carefully treading to maintain balance, her feet got scratched by the thick jute. The bruise seemed like a burn scar. On top of that, the hot weather wasn’t helping her case. But she made sure the scene was completed without much delay. Talk about professionalism! 8) Priyanka Chopra: The Global star was injured very badly while shooting for ‘Quantico’ series in Hollywood city. She bruised her arm and soon rushed to a hospital after which she was advised bed-rest for a week. What do you have to say on this? Share your views with us in the comments section.