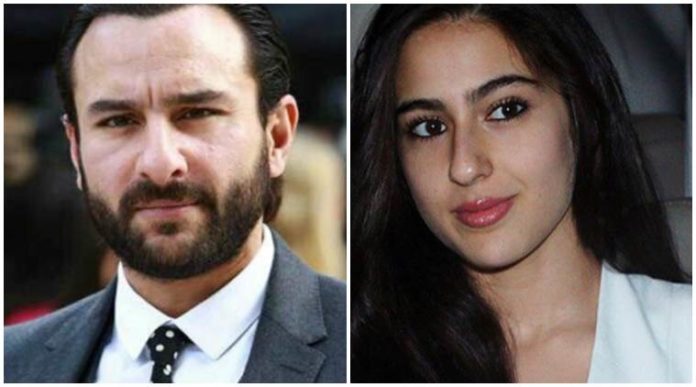 Where the Kapoors and the Khans are stealing everyone’s heart across the world, we might think that success for the Bollywood children is a cake-walk. What they eat, what they wear, with whom they party, who are their friends, each and everything gets captured and become a news topic to be discussed for days or even months. But, on the other side there are some celebrities who already own a position in Bollywood and still don’t wish their kids to enter the Bollywood film industry at all, neither for acting or any other field. Take a quick look at the Bollywood celebrities who wish their kids don’t have to go through all those challenges that they faced.

Saif Ali Khan
Saif Ali Khan and Amrita Singh’s darling daughter Sara Ali Khan’s Bollywood debut has been a hot topic for months now. There were reports of her making a debut opposite Sushant Singh Rajput with Abhishek Kapoor’s Kedarnath. But Amrita wanted her to debut under Ekta Kapoor’s banner as both are close friends. But it seems her father Saif Ali Khan is unhappy about her acting aspirations as the actor feels the profession is unstable. He was also quoted saying that taking Sara’s education qualification in consideration she could easily live and work in New York.

Shweta Nanda
Though Shweta Nanda belongs to a family of Bollywood stars and she revealed that she would be worried if her daughter Navya Naveli plans to be an actor. Shweta’s father Amitabh Bachchan is a mega star since decades while her mother Jaya, brother Abhishek and sister-in-law Aishwarya are prominent names in the B-town. Talking about on what if her Navya wishes to be an actor, she said, “I will be worried if she plans to be an actor. I don’t think it is as easy as it looks. You have to work extremely hard, especially if you are a woman. And I wonder if she has in her to bear with all of it.” She further adds, “Also, there is a lot of failure involved, which many people don’t see. The failure is personal, your acting skills. The way you look on screen is slashed out in open.” Sanjay Dutt
Sanjay Dutt’s daughter Trishala had acting dreams, but Dutt always wanted her to make her career in forensic science. In an interview, Dutt said that he had invested a lot of time and energy on her education and she is specialized in forensic science. The actor also said that to become an actor in Bollywood she has to learn Hindi as American English doesn’t work here. Sridevi
Media often refers Sridevi and her gorgeous daughters – Khushi and Jhanvi – as the Indian Kardashians. Jhanvi’s debut is reportedly be handled by Karan Johar’s production. In a recent interview, Sri Devi said, “Jhanvi wanted to do the film and initially, I wasn’t in favour. I don’t think it’s a bad industry. I am a creation of this world. But, as a parent, it would give me greater joy to see her married. But her happiness matters more, and if she does well as an actress, I will be a proud mother.” While other youngsters are dying to enter Bollywood, the experienced stars want their children to stay away from it. What are your views on this story? Share your thoughts with us in the comments section.