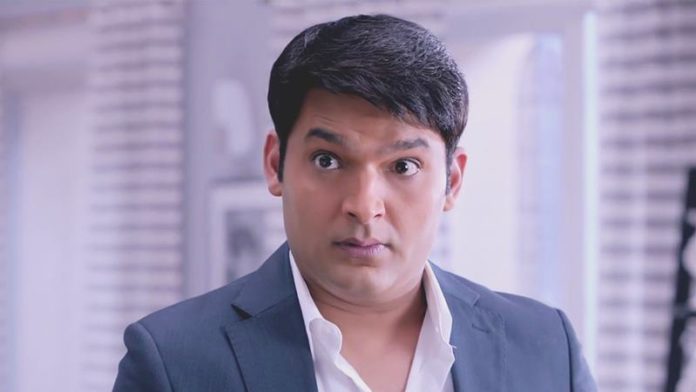 Kapil Sharma is one of the most loved comedians in India at the moment. His reputation as a comedian reached a peak when his show Comedy Nights with Kapil became the most loves comedy show of Indian Television. Things turned sour between him and Colors TV and that’s when he came up with a brand new show- The Kapil Sharma Show. His fan following has increased manifolds since then but so has his involvement in various controversies. Listed below are incidents when Kapil Sharma made headlines for the wrong reasons:

Kapil Sharma rose to stardom during his stint with Colors TV where he hosted the show Comedy Nights with Kapil. The show started out in June 2013 and had a very successful run till January 2016. The CEO of Colors TV blamed Kapil for not being able to handle his success and asking for a lot of money. While Kapil claimed that he was only asking for the amount that he deserved. Things did not get better and Kapil decided that this was going to be the end of CNWK.

During the International Marathi Film Festival Awards in 2015, a Marathi actress claimed that Kapil was too drunk during the wrap-up party of the film festival, that he lost control of himself and he misbehaved with many female stars like Monali Thakur, Tanishaa Mukherjee etc. This created a rather big controversy and Kapil refused to comment on the issue but he did post a cryptic tweet that said- “I fall, I rise, I make mistakes, I live, I learn, I’ve been hurt but I am alive. I am human, I am not perfect but I am thankful :)”

When Kapil decided to move on from Colors TV to Sony TV, his whole team joined him up except one and that was Sunil Grover. Instead, Sunil decided to launch his own show- Mad In India. Though the show did not do so well and things patched up between the two eventually. Now, when the mid-air fight between Kapil and Sunil is out in the open, we wonder whether things are actually better between the two or not. Some reports are even claiming that Sunil will be quitting The Kapil Sharma Show very soon.

His tweet landed his in a lot of trouble about an illegal construction in the space he owns and many cases were lodged against the man. Some even claimed that Kapil must have been very drunk while he posted this tweet very early in the morning.

Read: Kapil Sharma shares a pic with girlfriend Ginni and we can’t hold our horses!

Kapil Sharma ended up in a soup due to the content of his latest show not once but twice. Once when nurses from various medical colleges and hospitals in Amritsar filed a defamation case against him. They were unhappy about the way Rochelle Rao’s nurse character was portrayed in the show. The second time, a large number of women’s associations, which lodged a complaint against him with the Maharashtra State Women’s Commission. They were unhappy about Kapil’s comment about how a woman who could deliver babies while commuting on potholed roads of India.

Kapil Sharma has indeed been in a lot of trouble for the past few years. Well, this does come a part and parcel of being a big star but it does make us wonder whether Kapil has actually become too high-headed because of his success? Tell us what you think below.