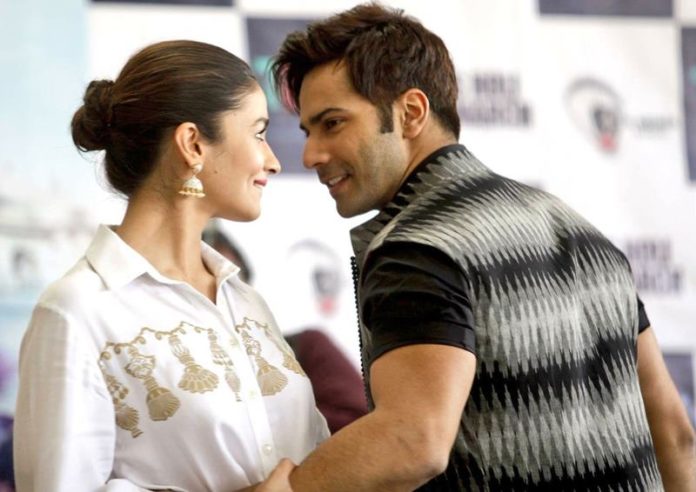 Varun and Alia made their debut in Bollywood together and they have grown together ver since then. After featuring in Student of The Year, they come together for Humpty Sharma Ki Dulhania and the audience simply loved them. They are one of the biggest stars of Bollywood currently and they make an awesome pair together. Badrinath Ki Dulhania is just another reason to see Varia on the big screen.

The two dance numbers from Badrinath Ki Dulhania- Tamma Tamma Again and Badri Ki Dulhania (Title Track) are already topping all the music charts and have beceome two of the most loved songs of this time. The other songs like Roke Na Ruke Naina and Humsafar are also not far behind in making us feel all the love.

You may like to check out Badrinath Ki Dulhania Music Review

Varun plays the role of a less-educated lover boy who is reay to anything for love. His dialogues and actions are definitely going to tickle your funny bone. Alia plays a modern girl who is not one to take it all without saying a word. This is going to be a rather playfull love-story.

BKD is not exactly a sequel to Humpty Sharma Ki Dukhania instead, it is a spin-off to the first part. It was a perfect family entertainer with the right blend of comedy, drama, romance and action. With Shashank Khaitan back in the director’s chair, we are expecting nothing less from Badrinath Ki Dulhania and the trailer sure seems to come up to our expectations.

Apart from the super-cute lead actors who make an even better jodi, the movie has songs with the best choreography you can ask for. Alia, being the talented dancer that she is, has done a marvellous job and Varun has also done some crazy moves. The locations are all very beautiful, with Karan Johar as the producer, we expect to see a certain granduer in the movie.

You may also like: Badrinath Ki Dulhania Box Office Prediction

Are these reasons good enough to go and watch Badrinath Ki Dulhania? Tell us about your expectations from the movie below.