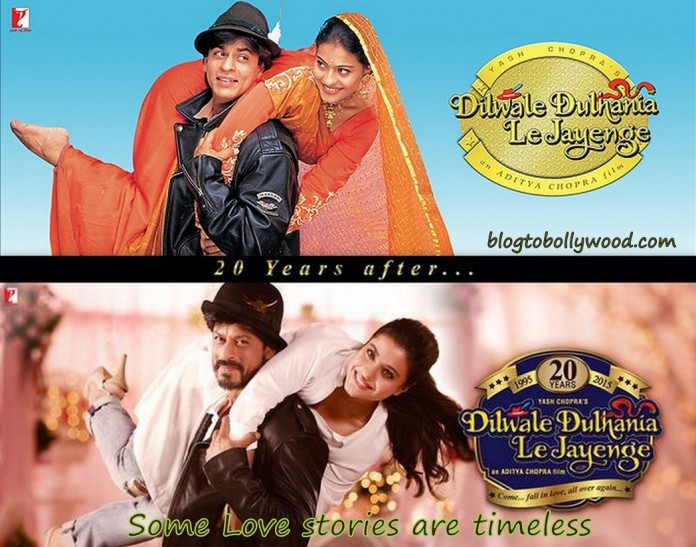 Dilwale Dulhania Le Jayenge team is celebrating its 20th anniversary today. OMG! its been 20 years but each and every scene is still fresh in our minds. Well, I am 27 now and still remember DDLJ was my first movie in theaters. The magic, the charm is still fresh and it seems like it was yesterday only when we fell in love with this monumental movie.

Even today, when it comes to the best onscreen romantic couple, no Jodi can beat the sweetness and charm of SRK and Kajol. The Jodi is making a comeback with Rohit Shetty’s Dilwale to be released on 18 Dec 2015. Dilwale team is currently shooting in Hyderabad and when they came to know about the 20 years of DDLJ, this is what they created.

SRK shared this lovely pic on his social media profile which will surely remind you of this ageless romance.

DDLJ was released on 20 Oct 1995. Written and directed by Aditya Chopra, the movie has gained a cult status over the years and is one of the most watched Bollywood movies of all time.

Blog to Bollywood congratulates DDLJ team on their 20th anniversary. The movie has a special place in our hearts.