Home Special Featured Story Happy Dussehra | 10 Most Hated Villains of Bollywood Who Can Give... 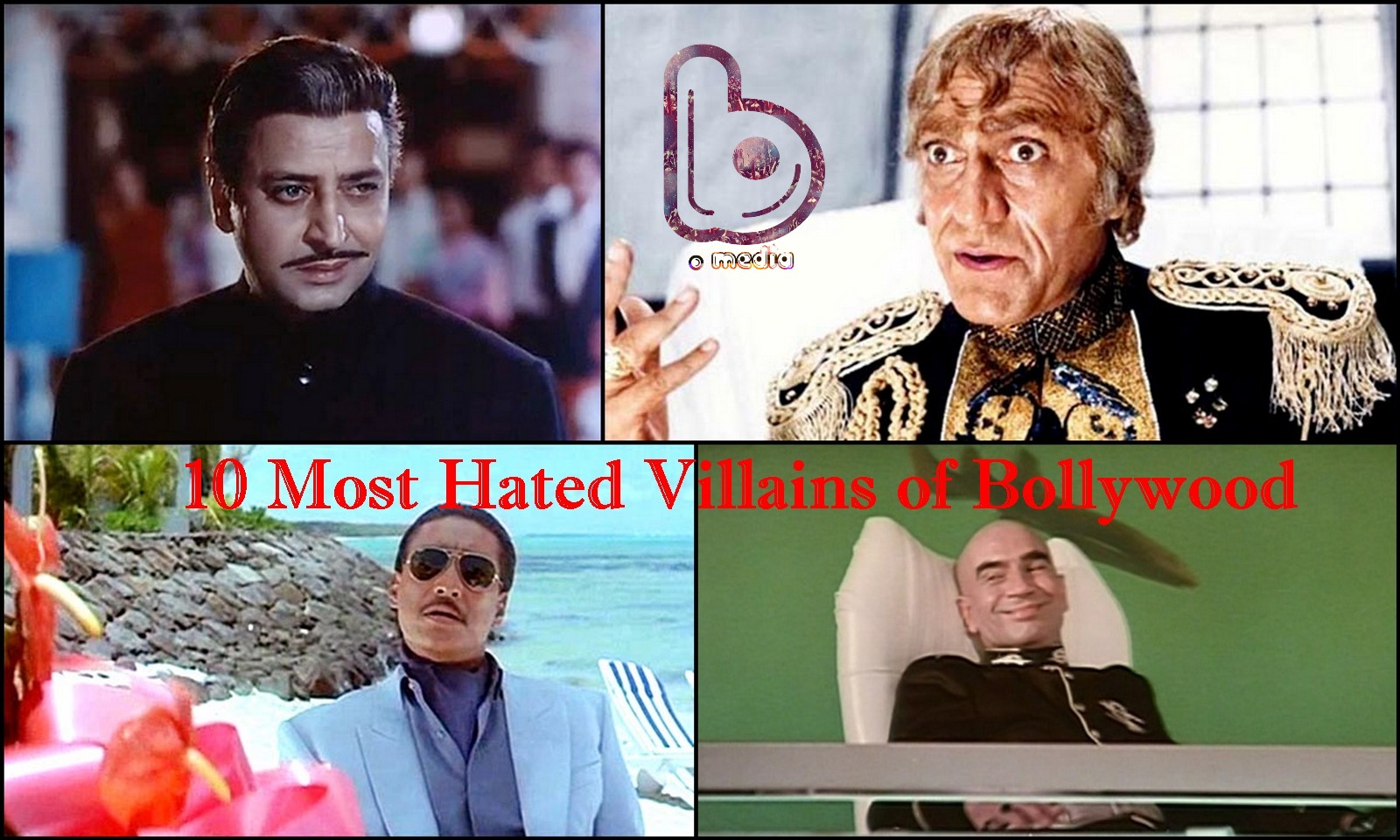 Bollywood movies are incomplete or rather uninteresting without a villain. He might be a rich, he might be classy, he might even have some talent, he may even be she, but one thing’s for sure — no one will ever root for them. These are the bad guys of Bollywood. On this Dussehra, we present to you the 10 most hated villains of Bollywood. These guys can give complex to Raavan. Who is the most despicable specimen of them all? Ashutosh Rana was so good in ‘Dushman’ as Gokul Pandit that right from his first shot, we wanted him to die a gruesome death. But unfortunately, he was killed by a mere gunshot. He had no reason to kill except for a bloody sense of achievement that he can. Gokul Pandit was pure evil. Langda Tyagi was violent, powerful, foul-mouthed, evil and he schemed like only he can. Probably Saif Ali Khan‘s best performance till date. In fact, you cannot rule out the distant resemblance with Gabbar Singh in the shot when Langda walks limpingly with a gun in one hand and the camera zooms out on the rocky landscape all around. Danny Denzongpa played the role of a baddie in many films with elan but his portrayal of Kancha Cheena in ‘Agneepath’ remains the most memorable role of his filmography. A look at his flaring nostrils and you could tell this guy was not in favor of peaceful conversations. Not many know that Danny was even offered the role of Gabbar Singh in Sholay, which the actor turned down citing date issues. Ashutosh Rana as Lajja Shanker Pandey in ‘Sangharsh’ depicted a serial killer and a religious fanatic who believes in the sacrifice of children to gain immortality. Rana‘s performance remains searingly etched on our minds. His getup and portrayal of a eunuch is totally horrifying! Anupam Kher got the role of Dr. Dang in Karma just because of the way he walked. Subhash Ghai saw him walking and said he wanted his villain to walk like that. Dr. Dang was scary as well as retarded. His main aim is to exploit the use of science to spread terrorism. “Iss Thappad Ki Goonj Suni Tumne? Ab iss Goonj ki Goonj tumhe Zindagi bhar sunaayi degi” Lion is the friggin’ baap of all the crimelords. Ajit is best remembered for his very realistic portrayal of Lion. White suit, black shades, white pants, white shoes. Peter, Mona and Robert are always there for him along with zillions of sidekicks. Lion even owns a control room with diodes and bulbs flashing! “Saara Shaher mujhe Lion ke naam se Janta hai.” Played by Kulbhushan Kharbanda in ‘Shaan’, for the first time in Indian cinema there was a High Tech Villain. He owned a shark tank, sliding doors, moisturized his scalp regularly. Shaakaal’s style and charm outshines many villains put together. Shaakaal was a pioneer in using gadgets, comfortable arm-wresting chair, surrounded by swimming sharks and a control room with colorful buttons.

Whenever we speak of Amrish Puri or of any Bollywood villain, the expression “Mogambo Khush Hua” comes to our mind. Amrish Puri was the highest paid villain-actor and was even paid a whopping amount of 1 crore back in the 90’s!! I am sure Mogambo will continue to remain the ultimate favorite among the audience for decades to come. He even owned an army of dedicated soldiers who kept shouting “Hail Mogambo”! With a laughter that no one can match, Gabbar is and will always be one of the most iconic villains of all times. Amjad Khan was so good as Gabbar he overshadowed the other actors of ‘Sholay’. The credit for some of the most immortal dialogues of Bollywood goes to him. ‘Tera kya hoga Kaalia?’ still has the power to bring chills to the spine. People hated him or rather loved to hate him so much that they had stopped naming their sons as Pran. Even if they spotted him at a public place, people would start to shiver and run miles away from him. Who can forget Gajendra Singh who shook the daylights out of Ram, one of the twin characters Dilip Kumar played in ‘Ram Aur Shyam’ and Sher Khan in ‘Zanjeer’ the Original Pathan of Bollywood, the benchmark of the onscreen Pathani accent. Stardust precisely awarded him with ‘Villain of the Millennium’ in 2000.

Which is your favorite villain? Do vote.

Blog to Bollywood wishes Happy Dussehra to all yu guys.