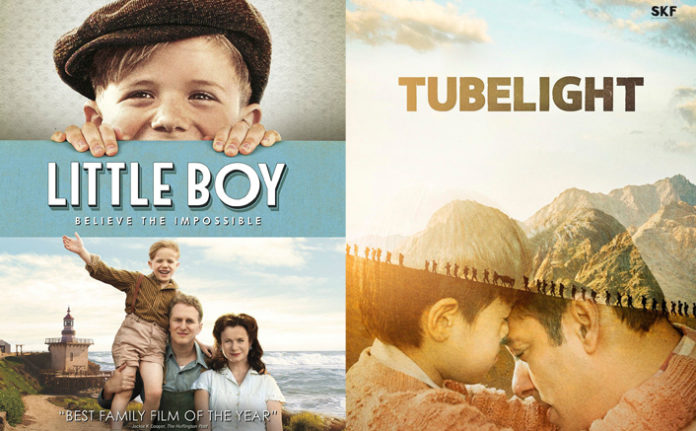 Salman Khan’s Tubelight is the most awaited Bollywood movie of the year. The teaser of the movie was finally released yesterday and as expected it received heaps of love and praises from celebs and fans. Salman Khan’s innocent avatar was loved by everyone and now the fans are eagerly waiting for the film’s release.

While Salman is all geared up to set the box office on fire with another Eid release, we came to know that the movie is a copy of Hollywood film ‘Little Boy’ that came out in 2015. There have been reports of Tubelight being inspired by ‘Little Boy’. A comparison between the two films suggests that there are too many similarities. Have a look:

Whether inspired or original, we are assured that Salman Khan and Kabir Khan has another box office blockbuster in their hands. They will rewrite the box office history, much like their previous films, Bajrangi Bhaijaan and Ek Tha Tiger.