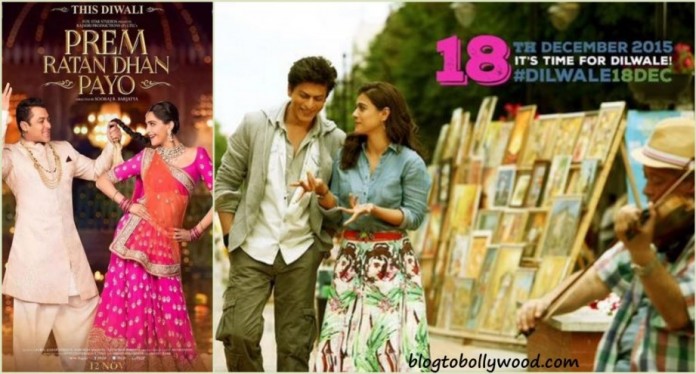 Shahrukh Khan is bringing surprises for his fans. Yesterday, we reported you that the second teaser of SRK’s fan will be released on his 50th birthday. If that wasn’t enough for you, we bring another great news which will surely make your day. Yes, the trailer of SRK most awaited movie of the year Dilwale will be attached to Salman Khan’s Diwali release Prem Ratan Dhan Payo.

Dilwale team is currently busy shooting the last schedule of the movie is Hyderabad. Dilwale brings back the magical jodi of SRK and Kajol after a long gap of six years Directed by Rohit Shetty, the movie also stars Varun Dhawan, Kriti Sanon, Varun Sharma Johny Lever and Sanjay Mishra.

Are you excited guys?