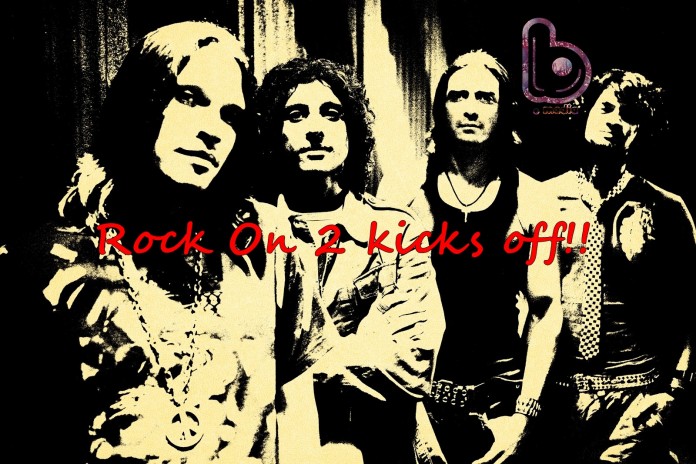 Farhan Akhtar has confirmed that the shooting of Rock On 2 has finally kicked off in Shillong.

And we’re off and rolling and rocking #RockOn2 #Shillong http://t.co/Pke35s8BJJ

We will see some new entrants in this sequel- Shraddha Kapoor, Sonu Sood and Shashank Arora. The first round of the shooting has kicked off in Shillong, here’s Shraddha Kapoor taking off to Shillong for the shoot-

Here’s another one by Farhan-

The music of Rock On!! was loved by everyone and it was composed by Shankar-Ehsaan-Loy. They will be composing the music for the sequel also! Shraddha Kapoor has also sung three songs from the album and will be seen singing in the movie also. Infact, she has been taking singing classes with Samantha Edwards (she also trained Priyanka Chopra).

There’s also some speculations that a local band of Shillong will be featured in the movie. The rumor got fire when Farhan Akhtar met Shillong’s popular band Summersalt and said a recording is involved. Apparently, he even plans to feature the band in the film.

Rock On 2 is slated to release next year in September.