Rajnikanth‘s Robot 2.0 has been in the news ever since it was announced.

A few days ago we told you how Akshay Kumar has replaced Arnold Schwarzenegger as the villain of the movie. Now the makers of Robot 2.0 Lyca Productions have made it official that the total investment in the movie will be 350 crore.

With this announcement, Robot 2.0 has become the costliest film of Indian cinema. Until now, Baahubali 1 and 2 were the costliest movie made in Indian cinema with a combined budget of 250 crore. The producers confirmed the news during an interview with a leading South Entertainment Journalist and Website. Here’s the video of the interview-

The movie will be directed by Shankar Shanmugham and we will also see Amy Jackson in the movie. There are rumors that Amy will be seen playing a robot herself. The movie has went on floors already and is gaining a lot of attention these days.

Robot 2.0 will definitely be big! 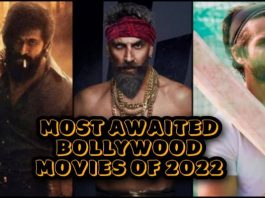