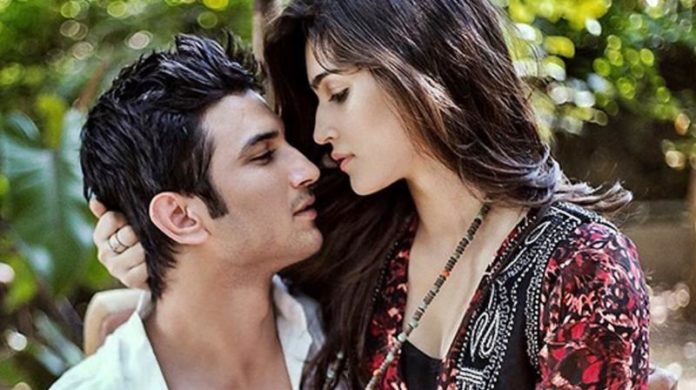 Sushant Singh Rajput and Kriti Sanon starrer Raabta will hit the big screens tomorrow. The film marks the directional debut of Dinesh Vijan. Produced by T-Series Films, Raabta has been in news for wrong reasons. The makers of South blockbuster Maghdeera have accused producers of Raabta of copying the content of the film. The court’s verdict on this will be out today and it is expected to be in the favour of team Raabta. The movie has created decent buzz to take a good start at the box office. Let’s have a look at Raabta budget, screen count, box office economics and expected verdict.

Raabta is the biggest release of this week. The other two releases, The Mummy and Behen Hogi Teri will get fewer screens compared to Raabta. Raabta is expected to release on around 2200 screens which is a good screen count for this kind of film. The movie will appeal to youngsters as the star cast and theme of the movie is youth centric. Around 1400 screens are expected to be allocated to metros and multiplexes. In overseas markets, the movie should get around 450 screens.

T-Series Films are considered smart economist of the industry. The company is known for making good profits even from small and medium budget movies. Raabta, however, looks a risky project considering the budget. The total budget of the movie including the promotion and advertising cost is around 58 crores.

The movie has recovered 25 crores through music, satellite and other rights. It still needs to earn at least 70 crores to be a profitable venture for the filmmakers. T-Series has somehow failed to manage the economics and it seems that they have to incur losses this time around.

The trailer of the movie received mixed reviews from the audience and critics. Most of the people have found it very similar to Maghdeera. Talking about the music of the film, most of the songs have been liked by the music lovers. Let’s have a look at Raabta trailer:

The box office fate of movies like Raabta depends on the WOM and the content they deliver. The movie will get a decent opening of around 7 to 8 crores driving on the buzz created by super hit music. After a good opening, the movie needs good reviews and positive WOM to sustain at the box office. The movie has to earn a good amount in the first week only as the competition heats up in the coming weeks with the release of new releases. As per our expectations, the movie will struggle at the box office. It will find it difficult to make it to the profit zone.

What are your expectations from Raabta? Share your views with us in the comments section and don’t forget to predict the first day collection of Raabta.