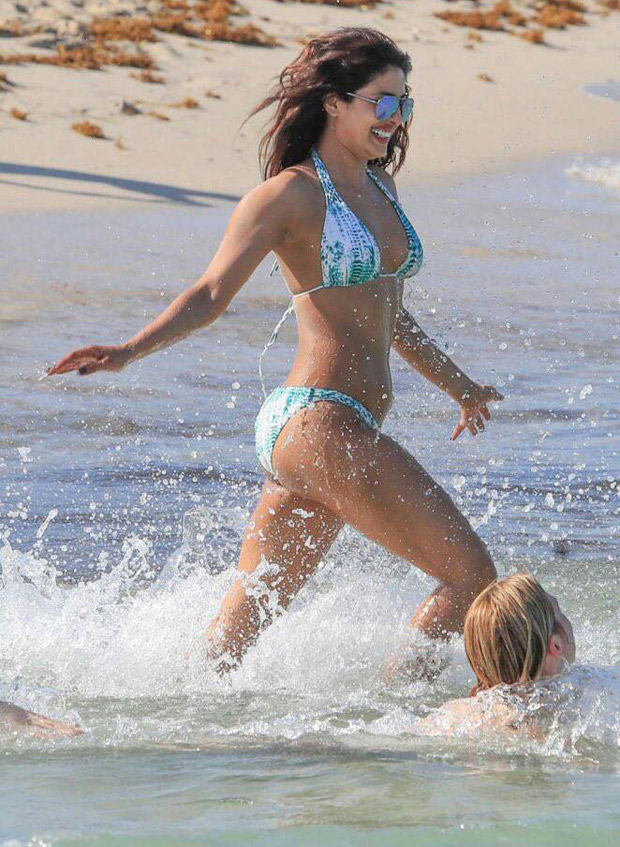 Looks like Priyanka Chopra has decided to take our breath away with her super hot avatar. It’s only a few days back Priyanka Chopra’s black bikini avatar on Miami beaches took the internet by storm. After a chilling swimming session with Adriana Lima at Miami beach, Priyanka Chopra was once again spotted beating the summers blues sporting a blue and white bikini. This time around the lovely lady was accompanied by some of her friends. Have a look at some pics that are gooing viral on the internet: Priyanka Chopra is in the United States for the promotion of her debut Hollywood movie Baywatch. She plays the lead antagonist in the film which also stars Dwayne Johnson aka The Rock and Zac Efron in lead roles. In USA, the movie will hit the big screens on 25 May 2017.

Looks like Priyanka has decided to play a long inning in Hollywood. Before the release of her debut movie, the actress has reportedly signed Silas Howard’s film A Kid Like Jake which stars Octavia Spencer and Jim Parsons.

New On Netflix In February 2021: New Movies and Series