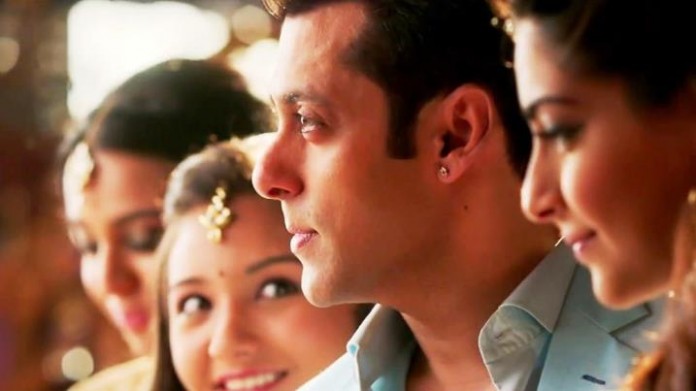 As expected, Salman Khan and Sooraj Barjatya‘s ‘Prem Ratan Dhan Payo’ has taken an earth-shattering opening at the domestic Box Office. The movie got off to a terrific start and collected around 40+ crores on its opening day as per early reports coming up.

PRDP opened to a superb occupancy of around 80% in the morning shows. The movie continued to carry on the momentum in the afternoon and evening shows with occupancy of 90%. The movie is performing exceptionally well on single screens and ass centers where Salman Khan enjoys a big fan following. PRDP performed best in Delhi, NCR, UP and Punjab as all first-day shows went houseful at most of the centers. In the south, the movie is affected by two other big releases – Kamal Haasan’s Thoongaavanam and Ajith’s Vedalam.

The reviews from critics and audience has been mixed and it would be interesting to see how the movie performs in coming days. The movie needs to remain strong at the Box Office for the first four days in order to emerge as a big blockbuster at the Box Office.  SRK’s last year release ‘Happy New Year’ bombed at the Box Office after getting a superb start with opening day collection of 44.97 crores.

What are your thoughts on Prem Ratan Dhan Payo 1st Day Collection? Share with us in the comments section.