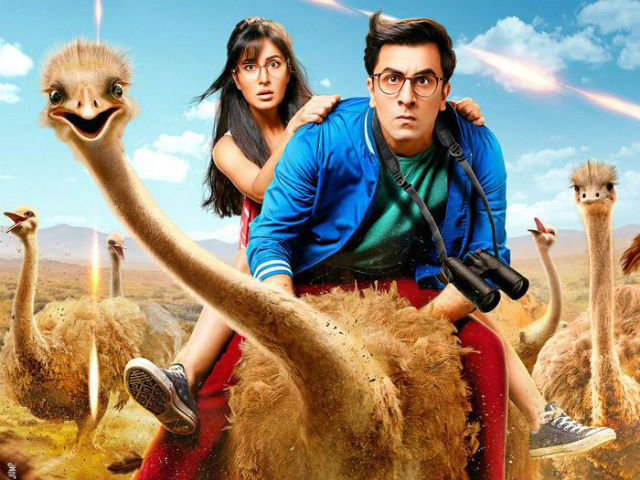 Jagga Jasoos first day box office collection: 2017 has been a poor year for Bollywood as far as box office numbers are concerned. Thought six movies have crossed 100 crore mark, Bollywood is still looking for a bumper opening day grosser. Salman Khan’s Eid release Tubelight was expected to break the shackles but even that movie tanked at the box office.

All hopes are now resting on Ranbir Kapoor and Katrina Kaif starrer Jagga Jasoos. The movie has been finally released today after multiple delays. The makers have opted for a limited release and the movie has been released on 1800 screens across the country. Considering the genre of the movie, most of the screens have been allocated to metros and multiplexes. As per early reports coming, Jagga Jasoos is off to an average start at the domestic box office. Let’s have a detailed look at Jagga Jasoos first day collection and occupancy report.

The movie has an average opening in the morning shows. It recorded around 25% occupancy in the morning shows. It is a poor start considering the limited release on 1800 screens. If the movie was released on more screens then the occupancy would have been lower. As expected, high-end metro cities like Kolkata, Mumbai, Bengaluru, Delhi were the best performing circuits.

In the noon shows, the movie witnessed good growth as the overall occupancy touched 35% to 40% mark. Single screens and mass centres had a terrible first show. It was always expected as the movie is a musical adventurous film that will not appeal to masses. Moreover, the trailer and promos have confused the audience and the masses have decided to stay away from it. Jagga Jasoos is one of those films which will mostly earn in top metro cities.

The movie continues to grow in the evening shows. High-end metro cities recorded around 65% occupancy while middle range metros and multiplexes were reasonable with 50% occupancy.

The movie is off to an average opening. Considering the release size, the opening could have been better. As per official numbers shared by Taran Adarsh, Jagga Jasoos first day collection is 8.57 crores.

The total budget of Jagga Jasoos including the promotion and advertising cost is around 110 crores. This is a huge budget for a niche film targeted to multiplex audience. The movie needs to earn 150 crores to be in a safe zone. Considering the current buzz and poor opening, it is almost impossible for a movie to recover its cost. Let’s hope for the best.

Tell us what are your thoughts about Jagga Jasoos first day box office collection in the comments section.