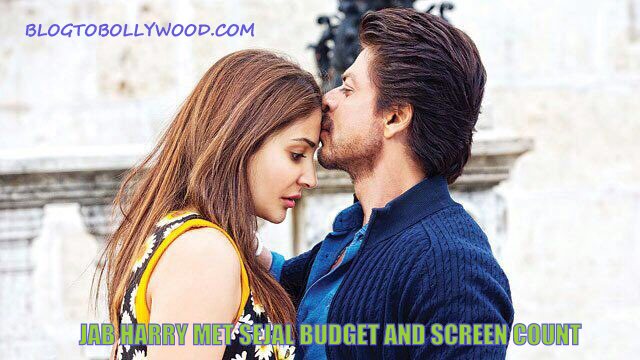 Shah Rukh Khan and Anushka Sharma starrer Jab Harry Met Sejal has finally hit the theatres. Shah Rukh fans are super excited for the film as he is making a comeback as a lover boy after a long time. The movie has created good pre-release buzz thanks to Shah Rukh and Anushka. Directed by Imtiaz Ali and produced by Red Chillies Entertainment, the movie is expected to take a good opening at the box office. Let’s have a look at Jab Harry Met Sejal budget, screen count, economics and other details.

The makers of the movie haven’t revealed any details about the budget. As per industry insiders, JHMS has been made and marketed at about the same budget as Raees, but less than that of Fan and Dilwale. The total budget of the movie including the promotion and advertising costs is around 80 crores. This budget doesn’t include Shah Rukh Khan’s fee. SRK is producing the movie and will take profit share.

Jab Harry Met Sejal was cleared by censor board with U/A certification. Cleared without any cuts, the movie has a run time of 2 hours 48 minutes.

Sha Rukh Khan’s fans have high hopes from the film. Trade experts are expecting Shah Rukh to make a strong comeback after a series of mediocre films like Dilwale, Happy New Year, FAN and Raees. We are expecting Jab Harry Met Sejal to take a decent start at the box office. If accepted by the audience, the movie has a good chance to emerge as one of the big hits of the year.