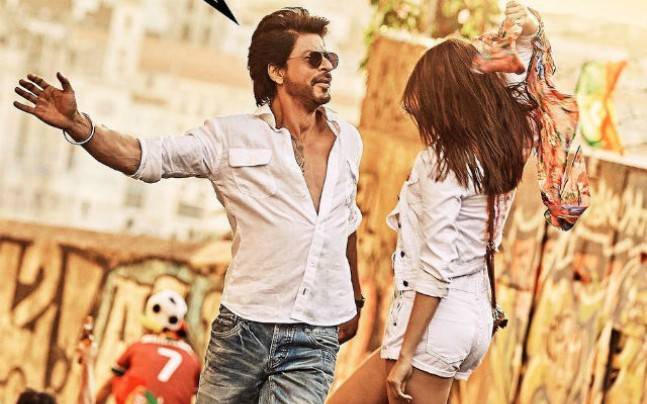 Shah Rukh Khan and Anushka Sharma’s much-awaited film Jab Harry Met Sejal is all set to hit the screens this Friday and fans are going crazy for it. The anticipation for the movie is enormous and it may bring Bollywood out of the struggling period at the box office. Jab Harry Met Sejal advance booking started yesterday and trade experts have started predicting the box office business

The good news for fans is that ‘Jab Harry Met Sejal’ has got a good number of shows, ranging from 10-15 and in coming days, the number of shows may increase. Starting the advance booking six days before the release of the film will help in bringing good numbers at the ticket window. The film is expected to get 3500+ screens in India. Shah Rukh Khan has a vast fan following in overseas so 900+ screens can be expected from International markets. The final number of screens in overseas will be updated in coming days.

The advance booking reports suggest that Jab Harry Met Sejal will easily surpass Raees and Dilwale. Romantic comedies always have a good chance at the box office and with SRK back to his best, we can expect something large.

The mini trails, songs and the trailer have created a lot of buzz around the film. Director Imtiaz Ali has teamed up with Shah Rukh Khan for the very first time. Earlier, Imtiaz Ali said that Shah Rukh never brought his stardom to the set. “Working with the superstar was like working with any other actor. You’ll realize Shah Rukh is a big star only when you witness the crowd around the sets. Otherwise, the way he carries himself and involves himself in a film, you aren’t aware of the fact that he’s a star,” the director added.

Anushka Sharma made her debut with Shah Rukh Khan in Aditya Chopra’s “Rab Ne Bana Di Jodi”. She has teamed up with the actor for the third time in Jab Harry Met Sejal. The audience has always loved their chemistry, it’ll be interesting to watch the pair on the big screen once again. Jab Harry Met Sejal is releasing this Friday.

We will update Jab Harry Met Sejal advance booking report on the daily basis till the release of the film on 4 Aug 2017. What are your expectations from the movie? Share your views with us in the comments section.