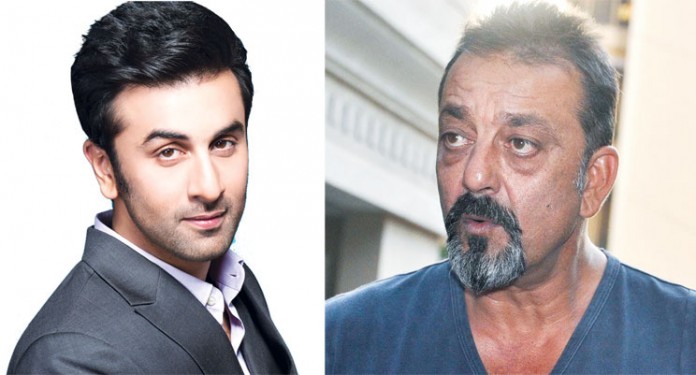 It’s official now. Sanjay Dutt turbulent life will be portrayed on big screen by talented Ranbir Kapoor. Biopic on Sanjay Dutt has been in news for quite a sometime but there hasn’t been any official announcements yet.

Director Rajkumar Hirani who has is a good friend of Sanjay Dutt will be directing the biopic tentatively titled – Dutt.  Raju has already worked with Sanjay Dutt in Munna Bhai series and PK.

The ace director of Bollywood recently interacted with the media and said that the script of the film is almost complete and the team will start shooting the film with Ranbir in 2016.

The film will be produced by Sanjay Dutt, Rajkumar Hirani & Vidhu Vinod Chopra & is expected to release in 2017.

Ranbir is currently busy with shooting of ‘Ae Dil Hai Mushkil‘ which also stars Aishwarya Rai and Anushka Sharma. The actor is expected to join start working on the project from Jan 2016.

Sanjay Dutt, also co-producing the film is currently in Yarvada Jail. The actor is expected to be released in Feb 2016 and soon after that he will join the team.