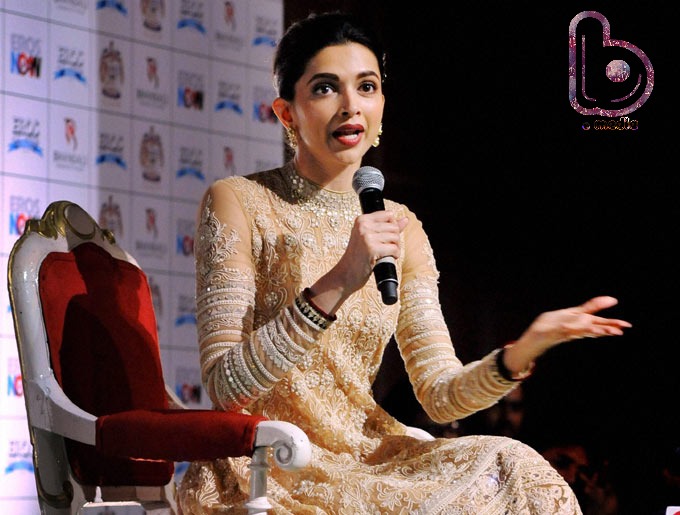 During the poster launch of Mastani, Deepika Padukone had nothing but great things to say about Shah Rukh Khan’s upcoming film Dilwale!

On his birthday, when Shah Rukh Khan was asked about the clash between Dilwale and Bajirao Mastani, the superstar had said, “Deepika is my lucky charm, she will work for me on the 18th. It is not good that we are coming together. But now that we are coming on the same day, we hope both the movies have a long run. I have full love, respect and wishes for the Bajirao Mastani team.”

Speaking in lines of SRK’s statement, Deepika said, “I think there is a very pure equation that we share. More than anything, I think we miss each other. I miss being a part of some of the films he has done off late and I miss being around him on set.”

When asked about SRK’s statement, Deepika shared, “That’s him being kind and very, very generous that he always is. When Om Shanti Om and Chennai Express did well he has in more ways than one given me the credit for that. He is someone who is very fond of me as I am of him.”

Deepika is also quite confident about Dilwale and doesn’t really cares about the release dates clashing! Here’s what she has to say about this, “I am sure Dilwale is going to be a massive film. It has amazingly talented people in it, who have worked equally hard the way we have worked in our film. If the film does well, I don’t think it has to do anything with my luck, it is because of their talent and hard work.”

Well, their statements sure rule out the rumors of clashes between them because of both Bajirao Mastani & Dilwale releasing on the same date!

It’s going to an interesting battle at the box-office on 18th December!