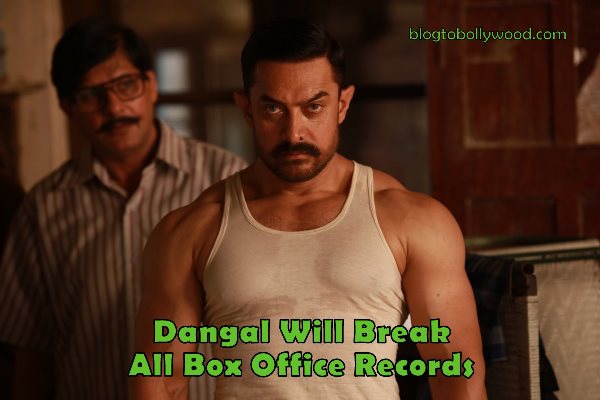 Dangal Worldwide Box Office Collection: Aamir Khan’s Dangal grosses 350 crores worldwide. It becomes the 13th Bollywood movie to cross 350 crores mark. Talking about the top worldwide grossers of 2016, Dangal is only behind Sultan which stands at the worldwide collection of 589 crores.

Aamir Khan’s latest release Dangal is on a record-breaking streak since the opening day. The movie has grossed the 300 Crore mark in just five days. It has earned 247 crores (176.98 crores nett) at the domestic market and 103.1 crores in overseas. (Top worldwide grossers of Bollywood) Talking about the domestic Box Office collection, the movie has till now earned 176.98 crores. Its is currently the second highest grosser of 2016. Considering the current pace, it seems that it will beat the lifetime collection of 2016’s top grosser Sultan (300.5 Crore).

Directed by Nitesh Tiwari, Dangal is a real life story of wrestler Mahavir Singh and his daughters Geeta Phogat and Babita Kumari who went on to win gold and silver medals at Commonwealth Games in 2010. The movie has superb reviews from critics and audience. It is among the top rated Bollywood movies of all time.