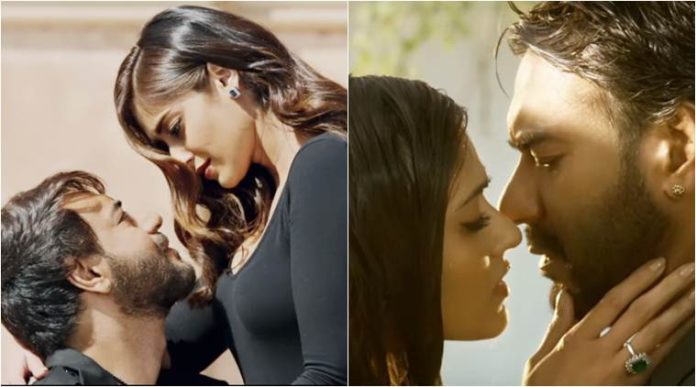 Baadshaho First Week Box Office Collection: Ajay Devgn and Emraan Hashmi starrer Baadshaho was released on 1 Sep 2017 along with Ayushmann Khurrana starrer Shubh Mangal Saavdhan. Both movies have successfully completed one week at the domestic box office. It’s been a good week for Bollywood as the combined collection of all movies have grossed 100 crores mark. Let’s have a detailed look at the first week box office report of Baadshaho. Milan Luthria’s action thriller has a good opening week at the domestic box office. Despite tough competition from holdover releases and new releases, the movie started its box office journey on a decent note. It earned 12.6 crores on the first day and then witnessed huge growth over the first weekend. The movie earned 43.3 crores in the first weekend to become the 7th highest opening weekend grosser of 2017.

On Monday and Tuesday, Baadshaho holds well in mass centres because of Bakrid holiday. However, when the effect of holiday gets over, the movie saw a huge drop on Wednesday and Thursday. Let’s have a look at day-wise box office report of Baadshaho: With the collection of 64.34 crores, Baadshaho is now the 8th highest opening week grosser of 2017. It has beaten the first week collection of movies like Jab Harry Met Sejal, Half Girlfriend and Jagga Jasoos.

Made on a budget of around 80 crores, Baadshaho has been sold to distributors for 42 crores. Baadshaho needs to earn 85 crores to be in a safe zone. The box office fate of the movie depends on well it performs in the second weekend. There is a plethora of movies releasing this week as well. The holdover releases like Shubh Mangal Saavdhan, Bareilly Ki Barfi are also performing well.

RRR Release Date, Budget, Plot, Cast and Everything You Need To Know